← more from
Needlejuice Records
Get fresh music recommendations delivered to your inbox every Friday.
We've updated our Terms of Use. You can review the changes here. 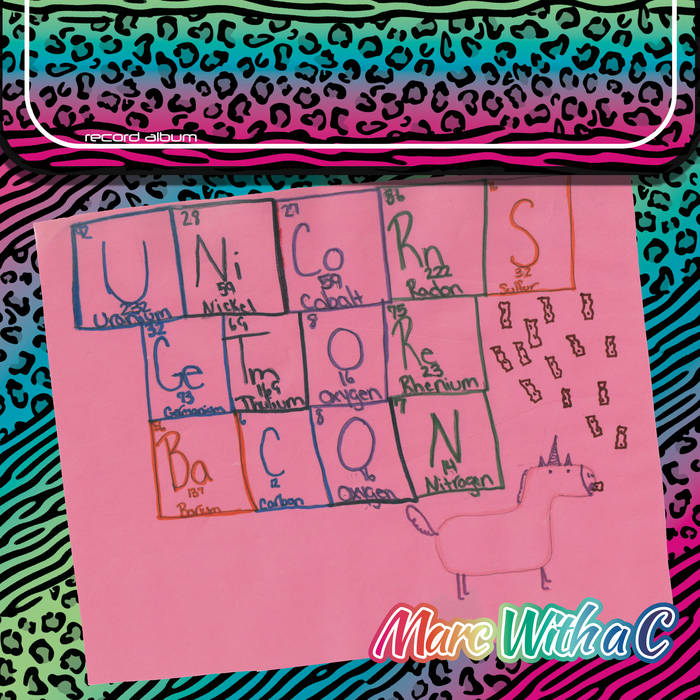 Stephen Carradini If you’re interested in Marc’s fourth-wall-breaking, here-there-and-everywhere lyrical style, you’ll have a great time in that conversation. Favorite track: Anything But Plain.

Ethan Szermer IT'S SO PERFECT Favorite track: Ethics In Gaming.

Alexand(er|ra) Yst The track Unicorns Get More Bacon confuses me. I have to wonder: unicorns get more bacon than what or more bacon than who? Parts of the lyrics raise some questions too, but there's not enough space to post all of that here.

I love the song and the album though, especially Make You Better. I'd love to hear a version of The Ballad of Dick Steel in which the music isn't interrupted by chanting, but it feels like the point of the song is the chanting, so that likely won't happen. Favorite track: Make You Better.

Thank you, please tell everyone you know about this album!

-All songs written, performed and produced by Marc Sirdoreus, except for "The Ballad Of Dick Steel", where Nicole Sirdoreus helped me yell "DICK" over and over.

-Photograph of Marc With a C was taken by Robert Sloan.

-All other art by Katharine!

-Content for the middle of "I Hate This Song" was based on a suggestion from Glitch Wilder..

-"The Ballad Of Dick Steel" was based on a suggestion from Dick Steel.

Frayle's Gwyn Strang and Sean Bilovecky join the show to talk about their cathartic new album.